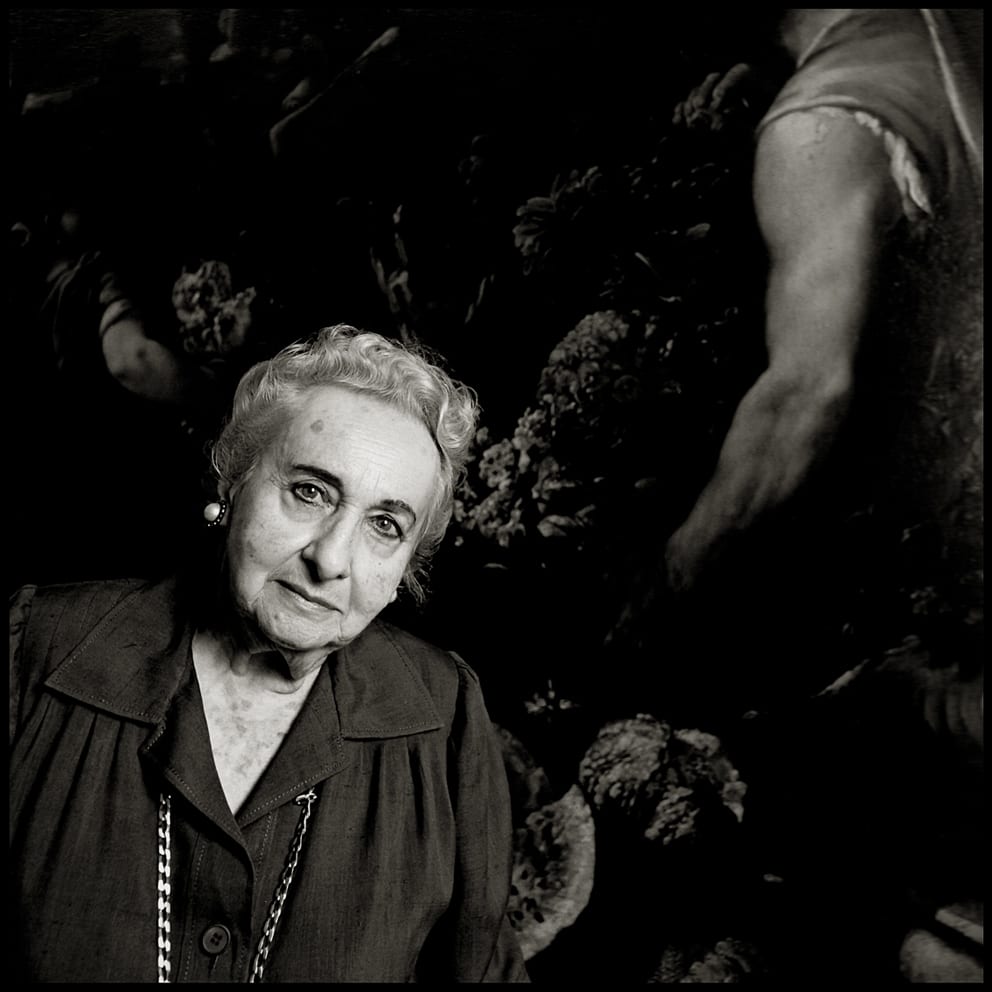 As I’ve written many times, Jeanne Caròla Francesconi (b. 1903, d. 1995) is my muse for Neapolitan cookery—apart from my grandmother Angelina, of course. And I’m certainly not alone. Often called the doyenne of Neapolitan cuisine, her classic 1965 work, La Cucina Napoletana, is the most iconic cookbook on the subject, perhaps second only to La Cucina Teorico-pratica (1837) by Ippolito Cavalcanti (b. 1787, d. 1859) and much easier to cook from for today’s cooks. Francesconi is to Neapolitan cooking what Artusi and Ada Boni are to Italian cooking in general.

As celebrated as her cookbook is, there is remarkably little to be found on her personal life, perhaps because it was, in a sense, unremarkable. She was a devoted mother of four children who, I read in this article, continue to share her passion for the local cuisine—especially her son Armando. He tells us that she was the host of legendary dinners for the upper class society of Naples. Food, family and friends, it would seem, were her life. Not a bad way to live, if you ask me.

Her masterwork, La Cucina Napoletana, is a true compendium of classic Neapolitan cookery, over 480 recipes in all, including a whopping 77 recipes for pasta. She devotes a whole chapter just to pasta-and-vegetable dishes, a staple for southern Italians, as well as 37 recipes for (mostly vegetable-based) soups. Rice also makes an appearance, including fives different versions of Naples’ best known rice dish, sartù di riso. And, of course, homemade pizzas, pizzette, calzones, taralli and other fried or baked dough-based dishes take their rightful place, along with a generous chapter on fritti, or fried food, so beloved of Neapolitans and Italians in general back in the day.

As for second courses, Francesconi gives us ten recipes for that old-time favorite, baccalà, along with seafood dishes of every description. The short but informative following chapter on eggs includes six frittata recipes. She doesn’t neglect meat, of course, but the 70-page chapter dedicated to vegetable recipes might well be her tour de force. That shouldn’t come as a surprise: Vegetables, perhaps even more than pasta, typifies the local cuisine, so much so that Neapolitans were once called mangiafoglie, or “leaf eaters” by other Italians. Desserts round out the collection, among which her personal take on the iconic babà al rum, struffoli (Friend Honey Balls), la pastiera (Neapolitan Easter Cheesecake), and Cavalcanti’s old time biancomangiare (Blancmange), together with a whole nine-page section on that most Neapolitan of pastries, the sfogliatella. And she includes a few desserts that might surprise you, like melanzane al cioccolato, or Eggplant with Chocolate. Gelato and other frozen sweets get their own chapter, topped off with a short chapter on homemade liqueurs.

Her recipes are generously larded with historical notes and personal stories. She lavishes special attention on the icons of Neapolitan cooking like ragù, which has come down to Italian-Americans as “Sunday Sauce“, and minestra maritata, the original “Wedding Soup”, along with classic dishes less known outside Campania like la genovese, beef stewed in onions, and the soffritto napoletano, a thick stew of pork innards (lungs, heart, spleen and so on) simmered in a thick tomato sauce. While she mostly conveys traditional recipes, including a good number of Cavalcanti’s, in some cases she shares a personal recipe, like her vermicelli ai molluschi (Pasta with Mollusks) or her own idiosyncratic take on a classic dish, like her insalata di rinforzo (Christmas Cauliflower Salad), which includes hearts of curly endive, or her fish-based variant of sartù. She shows a distinctly modern take on vegetables, telling the reader not to overcook them. And she’s not averse to technology, either; her chapter on ‘tips and tricks’ recommends frozen foods to save time.

As far as I’m aware, Francesconi’s masterwork is only available in the original Italian. It is available through amazon.com, albeit at exorbitant prices. But if you don’t read Italian or don’t want to pay upwards of $275 for a cookbook, no worries—just keep reading this blog! I consult Francesconi whenever I blog on Neapolitan dishes and, even if I don’t always follow her recipes, I will generally let you know what her take on the recipe is in the Notes section that follows. Here are some of the posts on this blog that mention her:

I feel a special attachment to Francesconi’s work. As Neapolitan actor Luca De Filippo explains in the Introduction, her reason for writing La cucina napoletana was very much my own for writing this blog: la memoria. As De Filippo puts it:

La memoria. I believe it was just this intimate, primary need that inspired Jeanne Caròla Francesconi to write La cucina napoletana. Every page, every recipe, every word conveys the desire to remember and, above all, to pass on the ancient traditions of her family, justly preserved with love and pride.

I couldn’t put it better myself. If I have captured just a little bit of Francesconi’s spirit here on Memorie di Angelina, then I can feel like I’ve accomplished something worthwhile.